If you enjoy a quick and greasy snack, you are not alone. According to these fast food statistics, a whole slew of people all over the world enjoys fast food.

It’s quick, easy, and often quite tasty. Some people view it as a treat, while others look at it as a convenient answer to lunch or dinner.

In the following article, you’ll gain some great insight into junk food, who eats it, how many people consume fast food, and how much the fast food industry is worth.

So sit back, relax, take out your favorite bit to eat, and enjoy some fascinating stats and facts about fast food.

Did you know fast foods record huge sales at lunch? Let’s see some other quick junk food statistics and trends in the fast-food industry.

Chances are that your kids will eventually eat what they watch in fast food tv adverts. Interesting right? Here are other fun facts and stats on fast food you probably never knew.

1. Fast food is segmented according to type.

These types are as follows: chicken, pizza/pasta, burger/sandwich, seafood, Asian/Latin American food, and the rest are categorized as “other.”

2. It is estimated that in the course of an adult American’s life, they will spend around $70,500 on fast food or take-home meals.

The study estimates this amount based on the 60 years between 18 years old and 78 years old.

3. Fast-food consumption statistics from 2018 list that there were 37,855 McDonald’s fast-food restaurants around the world.

4. Children who were exposed to television ads for fast food had a 30% higher likelihood of eating the advertised food, say fast-food advertising statistics.

The same study found that three of every four ads the children saw was for the popular fast-food restaurant McDonald’s, making it the most popular of all fast-food restaurants. This shows a correlation between the amount of advertising seen and the consumption of a specific fast-food brand.

5. Around 80% of fast food consumed by children comes from McDonald’s.

This just goes to prove how popular McDonald’s is with young people in the United States.

6. Fast-food consumption statistics worldwide prove that the United States consumes the most fast food in the world.

France sits in second place on the list of countries that consume the most fast food, and Canada is in third place. The rest of the top 10 fast-food consuming countries in the world are the United Kingdom (fourth place), South Korea (fifth place), Japan (sixth place), Austria (seventh place), Germany (eighth place), Switzerland (ninth place), and Sweden (10th place).

According to stats, under-40 American adults eat twice more fast food than older adults above 60 years. I could bet you’ve never heard that. There’s more! Let’s have a look at them.

This is according to the National Health and Nutrition Examination Survey conducted by the CDC.

8. The amount of junk food consumed per age group goes down as the age goes up.

9. Lunch is the most common meal where fast food is consumed, with 44.7% of adults who eat fast food claiming to do so for this meal.

Dinner comes a close second at 42%. Fast food is eaten for breakfast by only around 22.7% of adults who consume fast food. And only 22.6% eat fast food as a snack.

10. If you’re looking at genders and fast food, men more commonly eat fast food as their lunch, according to junk food facts.

Women, on the other hand, more commonly eat fast food as a snack rather than as a whole meal.

11. 23% of survey respondents ate fast food for three meals or more in the space of a week.

This information is taken from the National Longitudinal Survey of Youth, which has dealt with the same respondents for each survey since they were chosen randomly in 1979.

12. Only 29.42% of survey respondents said they consume fast food fewer than one time in the space of a week.

These are the results of the US fast food statistics in 2018.

13. When it comes to race and ethnicity, Non-Hispanic black adults consume the most fast food on an average day, with 42.4%.

14. 80% of people in the United States eat fast food at least once a month.

40% say that they consume fast food at least once in the space of a week. And only 4% of Americans claim never to consume food from a fast-food restaurant.

Since we all want to be done with our meals as fast as possible and meet up with other daily deadlines, fast food vendors are smiling to the bank. These statistics on the fast food industry will thrill you.

For comparison, in 1970, the revenue from fast food was only $6 billion, which shows a massive growth over the years.

This made them the most valuable fast-food brand in the world, according to the fast-food statistics from 2019.

17. The second-most-valuable fast-food brand in the world in 2019 was Starbucks.

In that year, fast food industry statistics showed that Starbucks had an overall brand value of around $45.9 billion, which is $84.5 billion less than McDonald’s, which takes first place.

At the time, the brand was valued at just over $17.2 billion, which is $28.7 billion less than Starbucks, which came in second. These numbers show the benefits of fast food to the economy as an industry on a large scale.

19. Subway came in as the fourth most valuable fast food brand in 2019.

The brand was valued at over $17.1 billion, which shows that it’s not far behind KFC (which came in at third place) in brand value.

20. The fast-food industry provides more than 4 million jobs in the United States.

Around 50 million people consume food from one of these places daily.

This estimated amount is according to analysts working for Zion Market Research.

They say you’re what you eat. How well do you trust fast food’s effect on your health? Well, let’s see some fast food statistics on health.

23. 76% of people living in the United States say that fast food is either not particularly good for you to consume or entirely not good for your health.

24. Around the world, around 11 million deaths every year are a result of poor diet choices.

It is these terrifying fast food death statistics that show how poor diet choices could be more lethal than smoking.

25. The average American consumes more than the recommended daily amount of calories in the form of solid fats and extra sugars, sodium, refined grains, and saturated fat.

(US Department of Health & Human Services)

Given what we know about the popularity of fast food in the United States, we can surmise that junk food has a lot to do with this fact.

26. Fast food eating stats show about one in every 3 children and adolescents consumes fast food daily.

CDC fast food statistics reveal that this age grade obtained 13.8% of their day-to-day calorie needs from fast foods. The number of calories consumed by children and adolescents from fast food dropped from 14.1 % to 10.6% between 2003 and 2010. The stats show that the figures spiked again to reach 14.4% between 2017 and 2018.

27. 43% of Americans prefer healthy food choices when they visit groceries.

Grocery shopping figures show over one-fourth of Americans believe healthy foods are not easy to come by. The junk food statistics say 43% are always hunting for healthier food options, 52% sometimes do, and 5% are unconcerned.

There is a direct link between age and eating out. The youngsters were found to patronize fast foods more often than the aged. For seniors, 65 and above, only 4% ate out.

The novel coronavirus caused a significant change in the fast-food industry. Here are some COVID-19 related fast food facts.

Fast food industry statistics for 2020 reported that the impact of the pandemic on online delivery services is one that will remain for some years. These statistics reflect the possible impact of COVID-19 in the United States’ Platform-to-Consumer delivery sector.

In the wake of the coronavirus, restaurants and bars were shut down for safety and health concerns. Food buyers resorted to ordering from local restaurants online.

Of the total orders, suburban dwellers accounted for 36% while rural residents were about 21% of the respondents, according to fast food statistics for 2020.

The above figure made up 42.3% of the total number of Chinese internet users. Currently, most online food delivery orders are made via smartphones.

Dutch consumers recorded about 34% more expenses on groceries in 2020 than the year before, according to fast food stats.

There was, however, a resultant drop in spending in bars and restaurants by a whopping 90%. By the last week of March, the same year, wholesale spending had hit 133% growth compared to the previous year.

As the preference for contactless options surged with the coronavirus outbreak, fast food COVID statistics showed that hotel guests would rather order meals from the hotel’s online app than sit at the hotel restaurant.

33. The yearly decline of seated restaurant users experienced a staggering 36.5% drop in 2020.

General cautions like social distancing have dramatically reduced consumers dining out. This has caused a spike in wholesale grocery purchases and online food delivery services.

How many times a week does the average American eat fast food?

This shows that the most popular amount of times an average American will eat fast food in a week is around one to three times. In the same survey, it was estimated that around 14.55% of Americans don’t ever eat at fast-food restaurants.

What age group eats the most fast food?

It would appear that the age group that eats the most fast food is people between the ages of 20 and 39. Studies show that 45% of Americans in this age group consume fast food on an average day.

As people get older, however, they tend to consume less fast food less frequently, with only 24.1% of those over the age of 60 only consuming fast food on an average day.

It is likely that those who are older than 39 are more concerned with the healthy eating statistics, and those younger than 20 can’t afford any money spent on fast food.

How much fast food does the average person eat?

On an average day, 84.8 million Americans will eat fast food. That’s a large amount of fast food, and it will definitely affect the American health statistics. Unfortunately, we can’t determine exactly how much fast food each person will consume in that time.

However, we do know that the average American adult used up 11.3% of their daily intake of calories by eating fast food. This is according to information gathered between 2007 and 2010.

Why do people eat fast food?

Many people all over the world choose to consume fast food for a variety of reasons. For starters, it is convenient. McDonald’s statistics of sales are so high because they make food extremely convenient. People can access their fast food without even getting out of their car.

Millions of people purchase food from fast-food restaurants around the world. That’s one thing that’s clear when you look at the above fast-food statistics. There are all sorts of fast-food brands out there, with McDonald’s being the most popular in the United States by far.

Of course, there are many health issues that come with consuming too much fast food, and people should be wary about how much they consume. So next time you want to pick up a burger or a pizza, be mindful of what you’re eating. 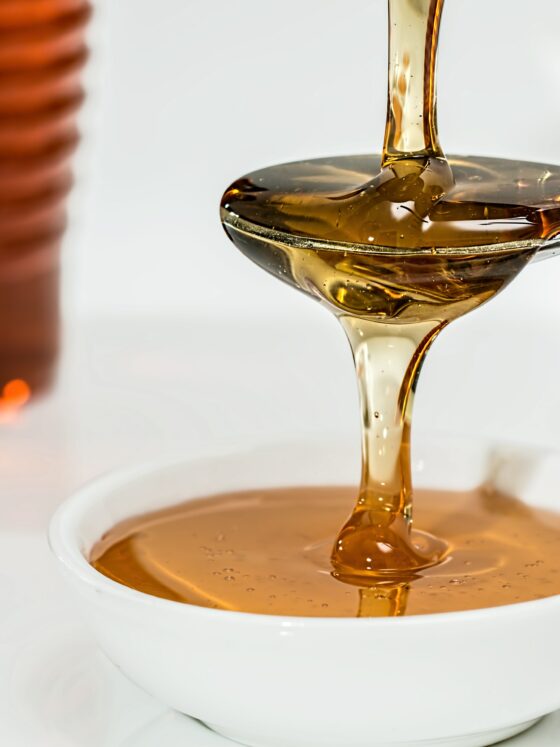