The number of vegans has grown exponentially over the past few years due to several factors that attract more and more people to this kind of lifestyle as time goes by.

Let’s check out the numbers and find out just how popular veganism is worldwide.

How Many Vegans Are There in the World?

According to recent statistics, there are about 79 million vegans in the world as of January 2021.

Exciting Stats About Vegan Population Around the World

Health, love for the animals, and concern for the environment are only some of the factors contributing to the increase in the number of vegans.

Let’s dive into the stats and see how widespread veganism is.

Israel is the country with the highest percentage of vegans in the world.

Increased consumer awareness, ethical eating, health concerns, and environmental concerns are some of the critical factors for the growth in numbers.

An impressive 67% of the American vegan population are women.

One of the likely reasons is that women generally tend to be more nurturing and protective of animals and the environment. They also tend to express greater interest in self-improvement and are more attracted to a healthy (potentially calorie-reducing) diet, etc.

This amounts to 2.6 million people—double the figure recorded in 2017 when there were only an estimated 1.3 million vegan diet followers.

This translates to roughly about 2 million people, considering that the UK population amounted to about 67 million in 2020/2021.

There were about five million vegans in India in 2020.

This figure is almost double the number of vegans in Europe. India is also a country with the lowest meat consumption rate in the world, primarily since 44% of its inhabitants are Hindus who eschew eating meat to avoid hurting other life forms.

Reasons for becoming vegan vary, but taking all stats mentioned above into consideration, it’s clear the numbers are in veganism’s favor. So it isn’t unreasonable to predict that the increasing trend will persist well into the distant future.

Why Tertiary Students Resort to Caffeine? 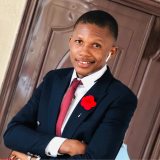