Have you ever had trouble kneeling? Or perhaps you just feel a joint ache in the morning. Either way, the chances are you have an articular condition. Consulting these arthritis statistics will shed some light on your dilemma.

Longevity is increasing, and with it, the prevalence of rheumatoid diseases. Painful muscles, joints, and extremities are no longer the topic of the elderly. They are a part of everyday life.

In order to make a difference, we’ve conducted thorough research, dissected the symptomatology, acquired the recent facts, and timelined the occurrence of rheumatic diseases.

Read on, and update yourself on the current therapy trends and burdening consequences that these debilitating conditions bestowed upon the population.

The Top 10 Arthritis Stats and Facts

1. 22.7% of American adults are diagnosed with some form of arthritis.

According to a five-year national survey, 54.4 million adults in the US had been diagnosed with some form of arthritis in 2015.

Rheumatology diseases, such as arthritis, show higher age-adjusted prevalence. According to the official sources, 23.5% of the US population are rheumatically indisposed women, while 18.1% are men.

3. In general, there are more than 100 different types of arthritis.

Not all rheumatic disorders are considered as arthritis. However, when discussing rheumatism, the definition of arthritis is broad, and it implies all conditions that are associated with joint swelling, followed by tenderness and pain.

Rheumatic diseases can be degenerative or autoimmune in nature. This means that they develop over time by trauma- or age-induced cartilage degeneration in joints, or by the overactive immune system of the patient.

They are often chronic and are associated with occasional growing pains in adults.

4. According to the official arthritis prevalence rates, 9 types are the most frequent.

These diseases all have slightly different symptomatology and progression rates, and they can be more or less debilitating. Additionally, arthritis could be developed as a consequence of both the use of medications and infections.

5. In general, the prevalence of rheumatoid arthritis and osteoarthritis are the highest.

Osteoarthritis is the most common degenerative type and affects over 32.5 million US adults.

Rheumatoid arthritis is the most prevalent inflammatory type; however, according to the evidence, its rates have been diminishing over the years, with the osteoarthritis prevalence rising.

6. Regardless of the official diagnosis, it is estimated that more than 90 million people in the US live with some form of arthritis.

Given the diverse but commonly expressed symptomatology, the official arthritis societies argue that there are almost 40 million undiagnosed Americans at the moment.

7. The official facts about arthritis state that 43.5% of those with diagnosed arthritis have daily activity limitations.

23.7 million Americans are more or less disabled due to their joint aches. Regarding the reporting of arthritis-related disability, the number of complaints increased by 20% since 2002.

8. The prevalence of osteoarthritis and rheumatoid arthritis is age-related.

Every second man over 65 and every two in three women of that age have some type of arthritis.

9. According to osteoarthritis statistics from 2018, the prevalence has increased from 6.6% to 14.3% over a fifteen-year period.

In contrast to the significant and alarming rise in osteoarthritis symptoms, rheumatoid arthritis prevalence decreased from 5.9% to 3.8%. The decrease was mostly observed in adult men.

10. It is estimated that there will be 63 million people with diagnosed arthritis in 2020.

Given the rising longevity of the population, degenerative diseases are on the rise. According to the official predictions, there will be more than 67 million people with arthritis in 2025. By 2045, this disability number is expected to reach a staggering 78 million people in the US.

11. The prevalence of arthritis is highly related to other diseases.

Adults that have arthritis are more likely to have other existing medical conditions, whose presence not only increases the rheumatic risks but also lowers the chances of successful treatment.

According to the arthritis forecast, 27.7% of people who have some form of arthritis are also obese. 33.7% of arthritis patients also have diabetes, and 36.4% of them have heart disease.

It appears that inflammation plays a significant role in the development of all of the existing conditions. Furthermore, being overweight is a risk factor for developing both diabetes and the extra weight presses on the knee joints, thus increasing the risks for degeneration.

12. Utah has the lowest prevalence of joint pain symptoms in diagnosed US citizens.

13. Hawaii has the lowest number of diagnosed arthritis cases.

14. Arthritis is the third leading cause of work disability in the US.

Back and neck problems account for 30% of medically approved work disabilities. Mental health issues are the second cause (21%), and arthritis is the third (19%) leading reason for legitimately missing work.

15. Arthritis costs the US medical system more than $140 billion annually.

According to the analysis, the average arthritis-related extra medical costs amount to $2,117 per patient annually.

16. Rheumatoid arthritis is the most common autoimmune inflammatory condition in the world.

There are several rheumatoid arthritis risk factors that contribute to the onset of this disease:

17. According to the US rheumatoid arthritis prevalence rates, approximately 1.5 million adult Americans have it.

Women are three times more likely to develop symptoms than men. The reasons for this are unknown, but it is presumed that hormones play a significant role in the development and progression of this disease.

According to the rheumatoid arthritis definition, this is a progressive disease, which means that the first line of symptoms reveals itself with a minor intensity and increases over time, as the disease progresses on different joints.

According to rheumatoid arthritis facts, the initial symptoms are:

Primary symptoms usually come and go and have frequent flare-ups. Over time, the symptoms spread to larger joints, such as hips, shoulders, and knees. During the time of progression, the damage to joints becomes irreversible. Depending on the development, there are several types of rheumatoid arthritis.

Regardless of the type, additional symptoms reveal themselves as the condition worsens:

Disease development is also associated with firming and nodule-shaping of joints, also known as rheumatoid lumps.

This disease is associated with the limitation of activities, such as:

20. Osteoarthritis is the most common degenerative articular disease in the world.

It is estimated that up to 15% of the world population over 60 has some form of osteoarthritis (OA). Like RA, the disease is more prevalent in women.

Across the world, the prevalence rates vary significantly. For instance, 18.3% of people in Hungary have OA, compared to only 2.8% in neighboring Romania.

It is estimated that, by 2050, there will be more than 150 million people burdened by this disease, out of which 40 million will be severely disabled.

OA symptoms are more prevalent in women than in men. Additionally, women are 12 times more prone to erosive OA than men.

However, there is evidence pointing out that, in people under 45, the likelihood of developing OA is equal in both genders.

22. The lifetime risk of developing knee osteoarthritis is 45%.

More than half of the people with symptomatic OA are younger than 65. In concurrence with the recent arthritis statistics worldwide, the upcoming elderly population is about to live for three decades while being severely disabled.

Furthermore, 40% of American adults are likely to develop at least one joint OA symptom by the age of 80.

23. Almost 90% of people with osteoarthritis knee symptoms are overweight or obese.

Osteoarthritis significantly decreases the quality of life. Moreover, it is usually highly prevalent in comorbidities, which add to overall disability criteria, such as:

The value of the rheumatoid drug market is estimated to reach $9.3 billion by 2020. Given the increase of effective rheumatology therapeutics, the number of rheumatologists is about to decrease by 30% in the US.

25. 54% of osteoarthritis patients will have knee surgery at some point in their lifetime.

Knee surgery appears to be the most effective way to suppress disease progression and to alleviate pain in patients with OA knee degeneration. Additionally, there is evidence that suggests a 29% increase in overall medical costs due to knee surgery procedures, in total.

26. New facts about rheumatoid arthritis reveal that the top-selling drugs in the world are used for this condition.

The total market value of autoimmune therapy used for the treatment of RA is approximately $18.9 billion and rising.

Some of the world’s most lucrative drugs are indicated for treating these conditions.

27. The world’s best selling drug is a novelty antirheumatic Humira, which cashed in nearly $20 billion in 2018.

Disease-modifying biopharmaceuticals are the leading assets of Big Pharma now. According to the rheumatoid arthritis statistics from 2018, the top pharmaceutical companies on the antirheumatic market (with annual revenue) were:

28. According to the research, the best supplements for arthritis are herbal-based.

Supplements are becoming more popular in the treatment of rheumatoid arthritis, mostly because of their anti-inflammatory properties. However, most of them are herbal extracts, such as:

Additionally, other synthetic or natural-based compounds are becoming more popular:

What percent of the population has arthritis?

Approximately one-quarter of the adult population has some form of rheumatoid disease. 22.7% of Americans have been diagnosed with some form of arthritis. However, it is estimated that there are about 40 million undiagnosed cases, due to the underlying and slowly developing arthritis symptomatology.

Which state has the highest rate of arthritis?

How many people are diagnosed with arthritis each year?

Each year, 41 out of 100,000 people are diagnosed with rheumatoid arthritis in the US. It is estimated that there will be more than 140 million people with this condition by 2024.

What is the average age of getting arthritis?

Arthritis is commonly acquired in adulthood, although it is more prevalent with the increasing age. Juvenile arthritis develops in children and accounts for 300,000 patients in the US currently. On the other hand, adults over 65 are 35% more likely to develop arthritis than the younger population. Additionally, those older than 80 are 40% more likely to develop osteoarthritis knee symptoms than younger people.

More than 100 different conditions could be classified as arthritis. However, the majority of them share similar symptomatology.

Almost one-quarter of the US population has been diagnosed with some form of arthritis, and this condition is one of the leading causes of working disabilities. It presents a significant burden on global healthcare systems. Nevertheless, the novelty drugs are showing promise.

These arthritis statistics clearly show that, with an ever-aging population, arthritis symptoms are only going to increase in the following years.

Rachel is a beach lover and aims to explore the different coastlines in her country. She studied Communication Arts and ironically took a (long) side trip to the financial industry. Now that she’s doing what she loves most, this writer and content coordinator is always actively seeking great content ideas for Supplements 101. She’s either on her bike or surfboard when not glued to her laptop.

32 Diabetes Statistics That Will Sugar-Down Your Cravings 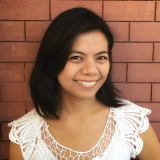