Due to the wealth of readily available information we have at our disposal, we often fall victim to thinking we know more than we do. This is especially true when it comes to health, nutrition, vitamins, and supplements. Beta-carotene is another topic where scientifically confirmed data comes paired with misconceptions and half-truths.

To provide you with the basic beta-carotene statistics and facts, we have delved into the world of this powerful antioxidant and carotenoid that converts to vitamin A, which our bodies need to function correctly.

Keep reading to learn all the essential stats and facts about beta-carotene.

Top 10 Beta-Carotene Statistics and Facts for 2020

Beta-Carotene Facts Everyone Should Know

1. Beta-carotene is a provitamin that gives color to plants like apricots, carrots, peppers, and sweet potatoes.

(The University of Rochester,  Proceedings of the Nutrition Society)

Beta-carotene can only be found in plants. The consumption of beta-carotene is crucial to the production of retinol, an active form of vitamin A, which is essential for the human body.

While the actual chemical formula was established in 1907, it was in 1831 that beta-carotene was isolated.

In 1919, scientists found a correlation between beta-carotene and vitamin A, one of the 13 essential vitamins our body needs.

3. Beta-carotene—together with other carotenoids—supplies around 50% of the vitamin A our body requires for proper functioning.

Preformed vitamin A can also be found in animal products such as eggs, liver, oily fish, butter, and cheese.

However, consuming fruits, vegetables, and whole grains has more nutritional value for our bodies in the long run, as indicated by the recent beta-carotene statistics.

4. Beta-carotene is a fat-soluble substance.

You need a bit of fat with all your rainbow-colored fruits and veggies if you are to reap the benefits of consuming beta-carotene.

Adding a bit of olive oil to your vegetables or eating nuts together with fruits such as apricots or cantaloupes is a great way of making sure the beta-carotene absorption is faster and more effective.

As little as 3–5 grams of fat per meal can be enough for better carotenoid absorption.

Supplements shouldn’t be discarded because people might need to take them for various justifiable reasons.

However, rich beta-carotene foods such as sweet potatoes, carrots, peppers, sorrel, apricots, cantaloupes, broccoli, turnips, and leafy greens such as spinach are much better options.

These foods can help protect against oxidative stress in lungs and radiation-induced DNA damage, and they also help reduce asthma-related problems.

6. Ingesting carotenoids by eating fruits and vegetables is associated with a decreased risk of cancer.

Society as a whole fails to eat enough fruits and vegetables, reaching instead for the convenient ready-made meals and fast food.

While we mostly associate this substance with foods like sweet potatoes, broccoli, apricots, peppers, and especially carrots, beta-carotene can also be found in various herbs and spices.

Our skin, immune system, and eyes all benefit from beta-carotene, antioxidant par excellence. Moreover, vitamin A and beta-carotene play an important role in reproductive processes.

9. People with hyperthyroidism can’t convert beta-carotene into vitamin A efficiently.

While research data seems to indicate that a high beta-carotene dosage isn’t toxic (which isn’t the case with vitamin A), too much beta-carotene can cause issues in people who are unable to convert this substance into vitamin A effectively.

Issues such as the beta-carotene tan or carotenemia cause the skin to turn yellowish or orange, which is a common side effect of too much beta-carotene in the body.

10. BCMO1 gene variants impact the conversion of beta-carotene in the human body.

However, it’s not just the people with chronic illnesses that have issues with beta-carotene conversion. Namely, specific genes can also determine how well your body converts beta-carotene—also known as provitamin A—into vitamin A.

A lack of vitamin A can have an extremely damaging effect on the human body, including poor vision (especially night vision), a higher rate of infection, and frequent conjunctivitis. Extreme vitamin A deficiency can also lead to permanent blindness.

Statistics on the Beta-Carotene Market

According to the available information, the beta-carotene market value could reach $380.3 billion by the end of 2025. This is a considerable increase from the $432.2 million the market was worth in 2015.

12. Naturally-derived products in the dietary supplements, beverages, and food industries are the driving forces behind the rising demand for beta-carotene.

Whether as a colorant in the food industry or a supplement in the pharmaceutical industry, the increased demand for this natural pigment is expanding the global beta-carotene consumption.

Society as a whole is turning rapidly toward natural ingredients, and the numerous benefits of beta-carotene have made it a very sought-after substance.

13. Tropical-tasting drinks, ice creams, and some types of cheese and pastry are colored with beta-carotene.

Additionally, the beta-carotene use—statistics show—has also found its place in medicine because of its increased bioactivity, while the pharmaceutical industry uses this substance to color pills.

Beta-carotene is found in various creams because of its bioactivity, which serves to shield our skin against UV radiation and oxidation. This makes it incredibly useful in the cosmetics industry.

14. Beta-carotene extraction is a costly procedure.

High costs are the main deterrent in the beta-carotene industry. Even several grams of carotenoids require plenty of raw materials that need to be processed.

Around 50 kg of raw carrots is needed for just 2 grams of beta- and alpha-carotene in the crystalline form.

Due to the novel coronavirus pandemic, the world is turning toward natural and organic sources of vitamins, minerals, and antioxidants. The beta-carotene consumption sits at the very top of the pyramid in that respect.

16. Taking beta-carotene as a supplement could increase the risk of lung cancer in smokers.

The ATBC study conducted in Finland found that smokers who supplement beta-carotene have a higher risk of developing lung cancer.

Namely, all smokers that were taking a beta-carotene supplement had a higher risk of developing lung cancer, regardless of the tar and nicotine levels in their cigarettes.

Because of this, all smokers should avoid beta-carotene supplementation.

17. People who are exposed to asbestos should avoid taking beta-carotene supplements.

Further study also indicates that people who are exposed to asbestos and supplement beta-carotene have a higher risk of developing lung cancer.

This concerns supplements, but not the natural sources of beta-carotene such as leafy greens, certain spices, and colorful fruits.

18. The most common side effect of beta-carotene overdose via supplements is the yellowing of the hands, soles of the feet, palms, and face.

While this is the most common and a reversible negative side effect, some individuals can also experience issues such as joint pain, dizziness, unusual bruising and bleeding, and diarrhea.

19. Taking more than 7 mg of beta-carotene supplements could be harmful.

It’s advisable to consult your GP prior to supplementing beta-carotene. The above dosage should not be exceeded unless your doctor advises otherwise.

Furthermore, you should consult with your GP about any possible beta-carotene side effects.

20. Pregnant or breastfeeding women should not supplement beta-carotene before consulting with a health professional.

While there isn’t a recommended beta-carotene dosage, pregnancy or breastfeeding do not appear to be affected by a high dose of beta-carotene when ingested via natural sources such as fruits and vegetables.

Beta-carotene is distributed into breast milk, but with a healthy and balanced diet, this should not be an issue.

21. Supplements containing beta-carotene can interact with a certain type of medication.

While beta-carotene trends seem to be on the rise, people who take medication containing statins such as Zocor and Lipitor should consult their GP prior to supplementing beta-carotene.

Other medications, such as Colestipole and Cholestyramine, can lower your beta-carotene levels, but it is seldom necessary to raise them with supplements.

23. Osteoporosis in the elderly could be thwarted with carotenoids.

Beta-carotene consumption in older adults—together with other carotenoids such as lutein—could lower the risk of hip fractures in the elderly and even middle-aged people.

Broadly speaking, carotenoids could hinder bone loss that happens due to oxidative stress.

Simply put, the more carotenoid-rich foods you eat daily, the less likely you are to suffer from AMD and other eye disorders, such as cataracts or blindness. This is yet another one of the many beta-carotene benefits.

In order to reduce sun sensitivity, beta-carotene capsules known under the brand names Lumitene, Provitamin A, or Carotene can be given under the supervision of a medical expert.

26. Beta-carotene and other carotenoids can protect the skin against UV irradiation.

This doesn’t mean you should avoid sunscreen. However, protecting and enhancing the health of your skin via a carotenoid-rich diet is advisable.

Beta-carotene is a fat-soluble substance or plant pigment, and it’s a member of the carotenes.

Also known as provitamin A, beta-carotene is a powerful antioxidant that, once ingested, converts to vitamin A. It is found in leafy greens, spices, and orange, red and yellow-colored fruits, and vegetables.

Is beta-carotene good for you?

When ingested as part of a healthy and well-balanced diet rich in vegetables, fruit, and spices, beta-carotene is your pathway to getting enough vitamin A, without which the human body cannot function properly.

Can too much beta-carotene be harmful?

It would seem that beta-carotene we obtain via food is not an issue at all since our body will convert that into the exact amount of vitamin A we need.

Furthermore, there isn’t a recommended beta-carotene daily intake, but eating five portions of various vegetables and fruits per day (80 grams is the recommended portion size for adults) should suffice.

However, the story changes when it comes to beta-carotene supplements, as studies have shown that they could cause harm if taken without medical supervision, even in healthy individuals.

This is especially important for smokers or those exposed to asbestos. In fact, these individuals are advised not to supplement beta-carotene since it can cause cardiovascular disease or even lung cancer.

What causes the destruction of beta-carotene in food?

As is the case with many other vitamins and minerals, high temperature and prolonged cooking can destroy the carotenoids found in foods.

Since beta-carotene is a precursor to vitamin A, which boosts the immune system, it helps our body heal faster from diseases and wounds. Since it protects the cornea (the surface of the eye), it could be said that beta-carotene is an important ingredient in keeping your vision in check.

The golden middle is an ancient concept, one that Aristotle emphasized greatly in his philosophy. It means finding a middle path between two extremes as a way to achieve happiness. While it might be strange to bring this up in connection with beta-carotene, it does ring true.

While supplements have improved our lives immensely and numerous benefits stem from taking them, beta-carotene doesn’t quite work that way. Doctors don’t recommend beta-carotene to smokers because it puts them at risk of developing lung cancer.

Available beta-carotene statistics and facts reveal that eating a balanced diet of fruits, vegetables, and lean meats enriched with olive oil, spices, and nuts is the best way to obtain the perfect amount of beta-carotene our body needs.

After earning her degree in English literature and philosophy, Tea spent more than a decade teaching English to people great and small. She finally managed to combine all her passions into one job—writing about her passions. When she’s not tapping away on her keyboard with an assortment of cats and dogs at her feet, she’s clad in her threadbare overalls trying to be the best possible mum and wife as she cooks, reads, listens to audiobooks, upcycles old furniture, decoupages all available surfaces, and putters around in the garden. 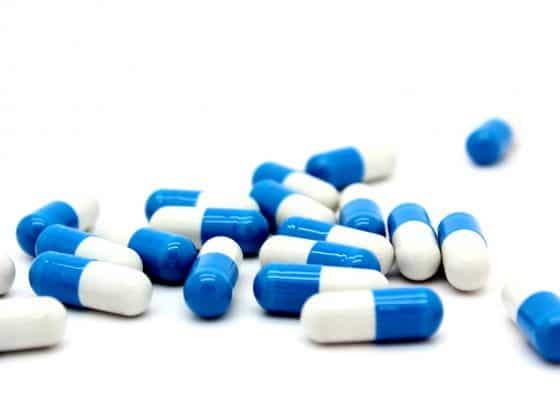 22 Glucosamine Statistics to Power-Up Your Cartilage 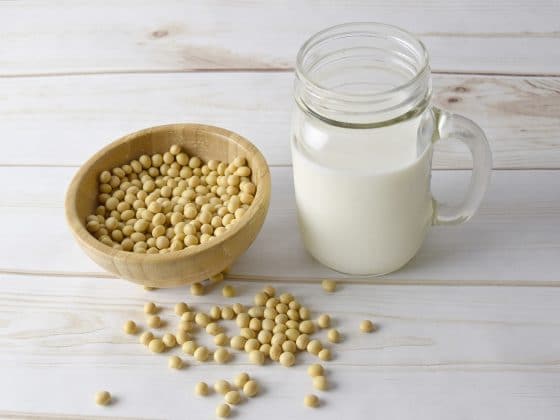 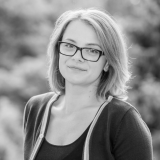