Thanks to rapid urbanization and an increase in disposable income in countries worldwide, the demand for beverages is growing steadily, and ultimately, the industry will experience significant growth in the future.

Let’s delve into this extraordinary world of the beverage industry. We have put together only the most reputable and recent statistics on the global and US market, the industry leaders, and some exciting consumption statistics. Let’s check it out!

By the end of 2024, the global beverage industry is expected to be worth $1.86 trillion, with the Asia-Pacific region dominating the market.

According to global food and beverage industry statistics, it is expected to decline to $3505.3 billion in 2020 due to the COVID-19 pandemic.

3. In 2019, the Asia-Pacific was the largest region in the food and beverage industry.

In that year, Asia Pacific dominated the industry, accounting for 46% of the global market. North America came second, making up 24%, while Africa held the industry’s smallest share.

The worldwide non-alcoholic beverage industry market is expected to accumulate a CAGR of 8.20% between 2020–2027.

5. In 2019, the United States dominated the worldwide non-alcoholic drinks market.

6. Brazil is the biggest producer and exporter of coffee beans worldwide.

The non-alcoholic beverage industry statistics indicate that Brazil is responsible for 36% of global coffee production.

The country dominates the global market by accounting for a whopping 80% of the coffee market. Europe remains the largest consumer, accounting for 28% of worldwide consumption.

The international tea market is expected to grow to $81 billion by 2026.

10. Bottled water was the most consumed type of beverage in 2018.

In that year, bottled water accounted for 25% of the beverages consumed in the United States.

In 2018, the average American consumed 40 gallons of bottled water. Carbonated soft drinks were consumed by roughly 20%.

11. Sales of flavored bottled water are expected to increase by 42%.

Sales of flavored bottled water in the US have experienced a steady increase, and it’s expected to grow further in the future.

12. Soft drink per capita consumption in the US has declined by 25%.

While soft drink consumption declined, the consumption of bottled water has increased by more than 150%.

The beverage industry statistics from 2019 show that Mexico led the world with the highest soft drink consumption. The US followed closely, and Brazil was third.

14. Per capita juice consumption in the US is declining.

15. In 2019, the sales of cannabidiol-infused beverages in the US increased significantly.

The CBD beverage industry statistics revealed that cannabidiol-infused teas and coffees experienced a massive 3,609% in sales in 2019.

This is a significant increase from the previous year when the sales of CBD beverages declined by 57%.

This increased from the previous fiscal year when coffee consumption in the country was 25.84 million 60-kilogram bags.

The beverage industry trends show that drip coffee maker usage remains the most common method among coffee drinkers in the US (45%).

17. Medium roast coffee is the most common form of coffee roast among US consumers.

A 2019 survey showed that more than half of US consumers prefer medium roast coffee. Roughly 43% of the respondents prefer dark roast coffee, while 15% opted for a lighter roast.

18. Coffee consumption in the US is more prevalent among older adults.

The food and beverage industry facts indicate that people aged 70 and older consumed roughly 2.18 cups of coffee per day in 2020. This is higher than 2.15 cups consumed by people aged between 25 and 29.

19. Northeastern states consumed the most coffee in 2020.

According to the non-alcoholic beverage industry trends, US consumers in the Northeast drank about 1.97 cups of coffee per capita per day.

Americans in the south consumed the least amount of coffee, at just 1.8 cups per day.

23. Beer is the most popular alcoholic drink in the United States.

Although this is a decline from 20.7 gallons in 2010, the alcohol industry statistics show that beer is still the most popular alcoholic beverage.

24. Americans residing in Midwestern states are the biggest beer drinkers.

New Hampshire has been ranked as the state that consumes the most beer.

25. The US beer industry sells over $119.3 billion in beer and malt-based beverages yearly.

The US beverage industry statistics revealed that the US beer industry sold about 203.1 million beer barrels in 2019.

Additionally, the industry sold 2.5 million barrels of perry and cider in that year.

About 18% of all beers sold were imported from over 100 different countries. According to the 2019 beverage industry overview, the average US consumer aged over 21 consumed 25.9 gallons of beer and cider.

That year, beers sold in glass bottles made up 30% while beers in kegs accounted for 10%.

In that year, 408 million wine cases were sold. The beverage industry statistics show that about 74% were produced domestically, and 26% were imported.

Due to millennials opting for low alcohol beverages, wine sales declined for the first time since 1994. In 2019, only 369.7 million 9-liter wine cases were sold in the country.

30. Based on gross supplier revenue, spirits were the fastest-growing alcoholic beverage in 2019.

Leaders in the global Beverage Industry

31. In 2019, Anheuser-Busch InBev was the top beverage company in the world.

Anheuser-Busch InBev led the industry by selling over $52,329 million worth of beverages in 2019. Nestle SA and The Coca-Cola Company were close competitors selling $42,115 million and $37,266 million, respectively.

32. The largest and most valuable beer brand worldwide is Budweiser.

Other leaders in the alcohol beverage industry like Bud Light and Heineken are close competitors, at $7 billion and $6.7 billion, respectively.

33. Barefoot wine is the best selling wine brand in the United States.

Barefoot—a wine produced by E&J Gallo Winery—leads the pack as the best selling table-wine, brand garnering over $673 million in 2020.

In 2019, Jinro Soju amounted to $86.3 million in total sales by volume of beverages, marking a 10.6% increase from the previous year.

McDowell’s No. 1 was the best-selling Indian whiskey and the second best-selling spirit, selling $30.7 million cases.

35. The Coca-Cola Company was the most valuable non-alcoholic beverage company in 2019.

In that year, the Coca-Cola Company was valued at over $36 billion, making Coca-Cola the most valuable non-alcoholic beverage globally.

PepsiCo came second, with a brand value of nearly $19 billion.

36. Lipton Pure Leaf is the number one ready-to-drink tea brand in the United States.

Leading with beverages sales of over $794 million, Lipton Pure Leaf is the country’s most valued RTD tea brand.

Arizona ranks second with $580 million, and Gold Peak is in third with $425 million.

37. Red Bull is the most popular energy drink brand in the United States.

Is the beverage industry growing?

According to the global beverage market forecast from Business Wire, the industry is growing at a decent rate. In 2018, the universal beverage industry was valued at $1.54 billion.

The Asia-Pacific region is expected to lead the industry in the years to come due to swift urbanization and increased disposable income.

What is the most widely consumed beverage in the world?

Water is, no doubt, the most consumed beverage in the world. This is because our bodies need water to function, and losing as little as 2% of body weight in fluids can affect our physical and mental state.

The second most-consumed beverage besides water is tea, and the most consumed alcoholic drink is beer.

What is the fastest-growing segment of the beverage industry?

Frozen drinks are the fastest-growing segment of the beverage industry. Frozen drinks appeal to every generation and require minimal ingredients, making it a very profitable segment.

According to a study, 30% of the younger generations are purchasing more frozen drinks than they did several years ago.

With an increase in demand for more variety in beverage selection, more and more businesses expand their menus and invest in frozen drinks.

What is the meaning of the beverage industry?

Anheuser-Busch InBev, The Coca-Cola Company, and Nestle SA are the prime leaders in the beverage industry. The industry is massive, and it will continue to grow as the demand for beverages rises worldwide.

While the sales of sugary beverages like soda and juice face a massive decline, the industry makes up for it as US consumers are drinking more bottled water than ever before.

According to the beverage industry statistics, the industry is extraordinarily profitable and will become more prominent in the future. Although the Asia Pacific region is predicted to dominate this region in the coming years, the US remains a strong international competitor. 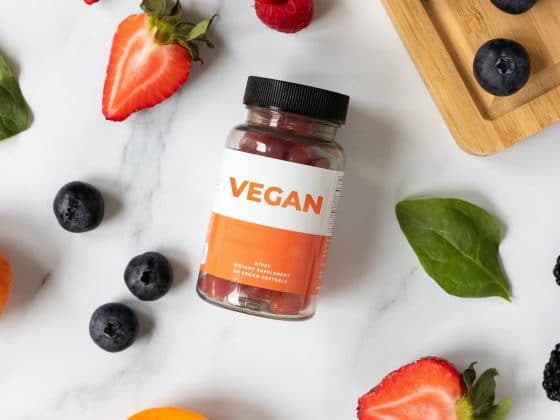