Caffeine is a powerful substance that’s used all across the world in massive numbers. It’s incredibly delicious to millions and extremely important to most who consume it through coffee and other caffeine products.

Even though it’s coffee that people care about the most, it’s still important to know some caffeine statistics as well. And that’s precisely why we wanted to give you a detailed article on all the facts and statistics on caffeine every coffee lover needs to know.

In this piece, you’ll learn all about:

But first, let’s take a look at the most interesting stats and facts we were able to find.

The Top 10 Caffeine Facts and Stats

Facts and Stats on Caffeine Effects

1. The recommended daily dose of caffeine is 400mg.

This recommended dose is equivalent to four regular cups of coffee, and it’s only suitable for healthy adults. Bear in mind that staying within this mark will result in a caffeine amount that is likely safe for a regular healthy adult, which still doesn’t make it 100% safe.

2. Drinking more than 4 cups of coffee daily for a long period might be unsafe.

This goes in line with the last fact of under 400mg of caffeine daily being safe. Anything above it increases your chances of experiencing some of the many coffee side effects, like nervousness, restlessness, stomach irritations, nausea, vomiting, insomnia, increased heart rate, and more. Larger doses might even lead to anxiety, headaches, chest pain, and ringing in the ears. In the end, very high doses for a prolonged period can lead to irregular heartbeat and even death.

3. People taking excessive amounts of caffeine on a daily basis are likely to be in poor shape and start smoking.

The results come from a Mayo Clinic partnered study in which the participants have attested to these facts themselves. The study reveals that there exist more than just the generally accepted negative effects of caffeine.

The participants who were in the studies that determined these adverse effects usually had them after drinking caffeinated drinks on an empty stomach. This means that even if you try to stick to the recommended doses of caffeine per day, you still need to take them on a fuller stomach.

5. Caffeine can increase the risk of heart disease in young adults who suffer from mild hypertension.

According to a 2015 study on the long-term effects of caffeine, it was proven that drinking coffee can increase the risk of cardiovascular disease, primarily heart attack. However, this was only true for adults of 18–45 years of age who have mild hypertension, as these were the people involved in the study.

6. Caffeine is linked to muscle breakdown.

Caffeine is linked to a wide variety of health issues. Even though most problems are rare and only connected to heavy caffeine consumption, some of the caffeine side effects need to be taken seriously. That’s especially true for rhabdomyolysis — a rare, yet serious condition that causes muscle breakdown, which leads to a whole host of additional health issues. A person may develop this condition due to excessive coffee consumption.

7. Caffeine affects the brain by creating an alert feeling of energy and wakefulness that people tend to crave.

Caffeine resembles a molecule called adenosine that’s already present in the human brain. Due to this, we could see caffeine as a neurotransmitter that can fit into the receptors for this molecule and block them off. By doing this, the brain creates a sense of alertness and energy for as long as it takes the body to metabolize the caffeine.

This is one of those caffeine facts that not many people know about, and it shows that coffee can only keep us awake for as long as we keep drinking it, which can easily lead to excessive consumption and detrimental effects of caffeine on the body.

Furthermore, this kind of brain stimulation is one of the few reasons why some healthcare professionals believe that we can be addicted to caffeine. However, others don’t feel that this can qualify caffeine as an addictive substance.

8. The main signs of caffeine addiction are reflected in a person’s day-to-day functioning.

It’s not easy to characterize this addiction, nor is it easy to determine if someone has it. The only way to conclude that a person might be addicted to caffeine is to see how much coffee affects their behavior. The more caffeine affects a person’s functioning, the more addicted they are to the substance. If you’re afraid of becoming addicted, you should never drink more than the before-mentioned 400 milligrams or four cups of coffee.

9. 96% of the caffeine consumed in the US comes from coffee, tea, and soft drinks.

Coffee is, by far, the largest source of caffeine for Americans. The results come from a 2014 study that also states that energy drinks contribute very little to the overall caffeine intake in the States.

10. Finland is the largest consumer of caffeine per capita in the world.

The people in this sparsely populated country of less than six million really love their coffee! According to these coffee consumption statistics, the Finns consume a staggering 21 pounds of coffee per capita every year. The people of the US are 22nd on the list with ‘only’ 6.8 pounds. However, when it comes to the total amount of coffee, Americans are at the very top, with Brazil being in second place.

11. Caffeine can be found in tea, coffee, and cocoa, as it’s a natural part of these substances.

12. Tea and coffee are the healthiest beverages, after water.

According to these well-established nutrition facts on caffeine, both of these beverages are very healthy, and both contain caffeine. Coffee has a lot more of it, and we are advised to drink it in recommended amounts if we want to get the benefits. Young people tend to have a 10–15% lower mortality rate when drinking coffee regularly. However, caffeine can increase the risk of premature death for regular drinkers older than 55.

13. A regular cup of black coffee contains less than 3 kcal.

Even though many don’t know it, most caffeine facts will tell you that there are very few calories in a standard cup of black coffee, without added sweeteners, cream, or milk. Furthermore, several healthy micronutrients can be found in 100 ml of black coffee. Those micronutrients are potassium (92 mg), magnesium (8 mg), niacin (0.7 mg), manganese (0.05 mg), riboflavin (0.01 mg), and trace amounts of sodium.

14. There is only 35 mg of caffeine in a typical glass of green tea.

When we look at the green tea nutrition facts on caffeine, most of the many health benefits we get from green tea come from other nutrients, but partly from caffeine as well. The same goes for most tea beverages, as they all contain very small amounts of caffeine.

15. Caffeine taken together with specific pain relievers can be effective against migraines.

The FDA approves of taking caffeine with aspirin or acetaminophen to treat migraine, but also headaches that are a result of surgery or those caused by tension.

There are many short-term effects of caffeine, but you are probably unfamiliar with the fact that several studies have made a connection between caffeine and Parkinson’s. In essence, caffeine lowers the risk of developing this terrible disease, and it can lower the reduced movement symptoms of the disease within three weeks of regular coffee consumption.

It’s still unclear why caffeine can have such a sizable effect on Parkinson’s, but researchers have found that people with the disease tend to have lower caffeine levels in their blood.

Everyone knows about coffee and caffeine, but do you really know what it is, precisely? In essence, it’s a natural central nervous system stimulant and the most widely consumed psychoactive drug in the world. We can find it in coffee, tea, and cacao plants. Caffeine works by stimulating the central nervous system, and thus the brain. By doing this, it helps you stay alert and, in turn, prevents the beginning of tiredness and sleepiness.

The history of caffeine states that it was first consumed as early as 2700 BC, while the first caffeinated soft drinks were created in the late 19th century. Today, as much as 80% of humanity drinks a caffeinated beverage every day.

How much caffeine is consumed every year?

You probably already know that Americans are obsessed with coffee, which you have already seen from our stats that rank the US at the very top in the world when it comes to the total amount of coffee consumed in the country.

However, when it comes to annual numbers, Americans drink around 400 million cups of coffee per day, which turns into 146 billion cups per year! This makes the US the leading consumer of coffee in the world, according to these numbers.

What age group consumes the most caffeine?

As it stands, caffeine is consumed on an almost insane scale. Americans are essentially crazy about coffee and other caffeinated drinks, but that doesn’t mean that people of all ages love coffee to the same extent.

Unfortunately, it’s not easy to find the right answer to this question, as there’s not enough data that would paint a definitive picture. However, it seems that most studies show that the older people get, the more caffeine they consume. Furthermore, it seems that caffeine consumption peaks somewhere between 50 and 70 years of age, after which people tend to start drinking a lot less coffee and other caffeinated drinks.

Is a lot of caffeine bad for you?

We’ve talked a lot about both the negative and positive effects of caffeine. However, we haven’t given you a definitive answer to this very common question.

Even after such a long time since we first started consuming caffeine, and despite the fact that coffee is the most popular beverage in the world, the research is still conflicting when it comes to the long-term effects of coffee and its safety.

The most commonly accepted conclusion is that it’s best to stick to moderate consumption of caffeinated drinks as that’s the best way to deter all known negative effects of long-term caffeine consumption. So be moderate with your coffee drinking habits, and everything will be alright!

When it comes to the caffeine statistics and other facts on caffeine in general, we believe that we have covered the most important ones you should know. If that wasn’t enough, we also answered the most frequently asked questions about caffeine, so your main question about the safety of caffeine has likely been answered.

All in all, with everything that we have covered in this piece, you will now have a lot more knowledge of all the important caffeine facts everyone should know. Now go and have a cup of coffee, and we hope you enjoy it more than ever before with all of this extra knowledge!

A driven content specialist and copywriter, Nemanja takes pride in the fact that he was among the first to find success as a content writer in his hometown of Nis, Serbia. Now, many years later, writing is his profession and calling—something he loves and will never stop doing. By regularly following the trends in SEO and content marketing, writing every day on a variety of topics, he consistently strives for improvement and new challenges—never failing to provide top-quality content for his readers. 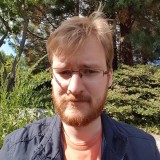