Did you know that chocolate was originally a bitter drink and not the sweet candy we eat today? In the chocolate statistics and facts you’re about to read, you’ll find out all about this tasty snack and dessert.

The Top 10 Statistics and Facts about Chocolate

1. Chocolate liquor is chocolate in its purest form and is what is added to other ingredients to make all the different chocolate types.

Chocolate liquor is made from cocoa beans, which have been through a process of fermenting, drying, and eventually roasting, which is where the flavor is created. From there, the nibs from the interior of the beans are taken out and ground up before being liquified to make the chocolate liquor.

This chocolate has less sugar than other types and is named after the fact that it is darker than other variations of chocolate.

3. Milk chocolate is made by including milk, and commonly milk powder, to the original recipe for chocolate.

Originally, milk chocolate was only available in liquid form. However, over time, chocolatiers were able to find a way to create a hardened form that is not available on the shelves of every grocery store.

4. White chocolate isn’t technically chocolate, as no cocoa solids are in the ingredients.

One of the many fun facts about chocolate: White chocolate is actually a derivative of chocolate and is very sweet and creamy. It is made up of cocoa butter, milk, and sugar.

5. The most expensive chocolate in the world is Chocopologie Chocolate Truffle.

It is created by Fritz Knipschildt and costs a whopping $2,600. They aren’t exactly the kind of chocolate you can purchase from a grocery store; they are made to order and must be eaten within seven days of purchase.

6. The second most expensive of the chocolate brands in the world is Cadbury, with a creation called Wispa Gold Chocolate, which will cost you $1,600.

The delicious chocolate is wrapped in an actual edible gold leaf, which is why it’s so expensive.

7. Also using gold in their product, the third most expensive chocolate in the world is made by DeLafee.

These chocolates are made using cocoa beans from Ecuador, and edible gold flakes are added as a decoration. These will set you back $508.

8. One of the many interesting chocolate nutrition facts is that there are three types of cocoa pods — Criollo, Forastero, and Trinitario.

Criollo has a nutty, unique, and mild flavor and is also the more valuable of the pods. Forastero is a richer, heartier pod that is higher in fat. And Trinitario is a hybrid of the other two types of pods.

9. A single pound of chocolate is created by using around 400 cocoa beans.

Making chocolate is a long, convoluted process, although it has been changed, streamlined, and simplified over the years.

10. Originally, for many years, chocolate was a beverage and not the hardened candy we eat today.

For 90% of the history of this now household treat, there was no sugar added, and it was something to drink rather than to eat.

11. The term “chocolate” comes from the Aztec term “xocoatl.”

This was originally the name for the bitter drink created using cacao beans.

12. Joseph Fry is the person you can thank for inventing the first version of the modern chocolate bar.

He made this discovery in 1947, and, in 1868, Cadbury (now one of the top chocolate companies) was selling chocolate candy boxes around England.

13. The first mass-produced candy bar in the world was Fry’s Chocolate Cream from 1866.

This delicious treat had fondant at the center and was surrounded by chocolate. It was produced and sold in England.

14. The first candy bar to be made in the United States was Hershey’s Milk Chocolate Bar.

It was created in 1900 and, while there were already chocolate bars available from Europe, it was the first truly American chocolate. This chocolate product is still available today.

Facts and Stats on the Chocolate Industry

15. The United States produces the most chocolate out of all the countries in the world.

The United States produces around 30% of the world’s chocolate, while the whole of the European continent produces 35%. This means that one country produces almost as much chocolate as an entire continent.

16. Hershey’s produces the most chocolate in the United States.

This is a huge feat given the number of competing chocolate businesses and brands there are in the country. This is according to the chocolate industry market share in the United States.

Just in Western Europe, the retail sales amounted to $34.44 billion, and in Brazil, that number was $5.5 billion.

18. The Swiss consume the most chocolate per capita out of all the countries in the world.

Switzerland first started creating chocolate in the 17th century (although it was quite different from the chocolate we experience today), and the delicious food is still loved throughout the European country. This is all interesting data gathered from Swiss chocolate statistics.

20. By the time we reach the year 2026, it is believed that the chocolate confectionery global market will be worth $187.05 billion.

The chocolate confectionery industry continues to grow throughout the world.

21. Mars, Incorporated is the top confectionery manufacturer in the world.

It is one of the many American chocolate companies, and it’s responsible for many different kinds of chocolate treats, including Mars Bars, Galaxy, M&Ms, and Snickers.

This was the total amount of cocoa produced throughout the world in that crop year.

This just goes to show how popular premium chocolate is throughout the world. This chocolate market share grew in 2018 and onward.

24. 30% of people buying chocolate do so through online purchases.

Just as with many products in the modern world, chocolate is being sold online in great quantities.

25. In 2016, it was projected that around $22 billion would be made from sales of chocolate in the United States.

According to this number, it would appear that chocolate is a good business to be in when it comes to continuous sales.

How many types of chocolate are there?

There are three general chocolate types. The first is dark chocolate, which contains around 35% or more of cocoa solids. This form of chocolate is less sweet than the others and has more of a bitter taste because it contains less sugar.

Milk chocolate is made using milk and, commonly, milk solids. It is creamier than dark chocolate because of the milk and is a little sweeter as it contains fewer cocoa solids. Most of the chocolate bar brands use milk chocolate.

White chocolate isn’t technically proper chocolate as it contains cocoa butter rather than cocoa solids. It’s sweeter and creamier than all the other chocolate types.

How much is the chocolate industry worth?

In the year 2017, the industry throughout the world was worth around $103.28 billion and has been growing ever since. The global chocolate market continues to increase in value as the years go by.

It is estimated that, by 2024, the industry will be worth $161.56 billion. It is believed that CAGR will experience a growth of about 7% in the time from the year 2018 to the year 2024. The world’s largest chocolate manufacturers continue to grow their revenue as time goes on.

The chocolate industries are filled with many corporations, both small and big, which offer everything from fancy chocolate and Swiss chocolate brands to the everyday candy bars you buy from the grocery store.

The number one corporation dominating the chocolate trade is Mars, Incorporated, which manages net sales of $17.64 billion. This company sells some everyday favorites when it comes to chocolate bars, including the Mars bar, Twix, M&Ms, and Snickers.

In the second place is Mondelēz International, which owns Toblerone, Cadbury, Milka, and many others. This company manages net sales worth $14.862 billion.

How much chocolate is consumed per year in the world?

(The World Atlas of Chocolate)

Worldwide, chocolate is consumed in large amounts, but some countries consume more than others. To start with, Switzerland is responsible for the most chocolate consumption per capita in the world. Each year, the European country consumes around 22.36 lbs of chocolate. Austria consumes the second-highest amount of chocolate in the world, with 20.13 lbs being eaten each year.

Following Switzerland and Austria is Ireland, consuming around 19.47 lbs of chocolate a year. After Ireland is Germany and then Norway.

The above chocolate statistics and facts probably made your mouth water. But we also hope that they gave you some new insights into the sweet treat, its history, and the industry that produces, manufactures, and sells the candy bars we all love these days. Given how much chocolate is consumed around the world each day, it’s surprising how little people know about chocolate, where it comes from, and how it’s made and sold. 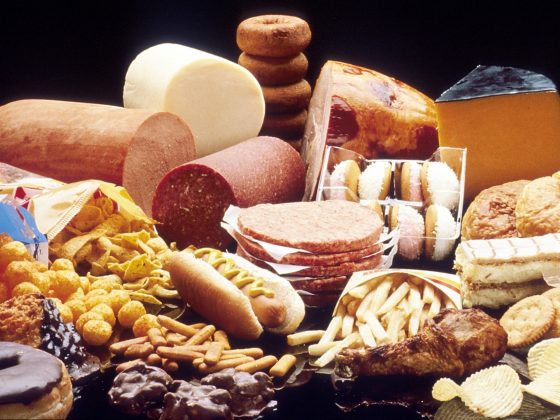 29 Knee Injury Statistics to Vanquish Your Nigh Aches